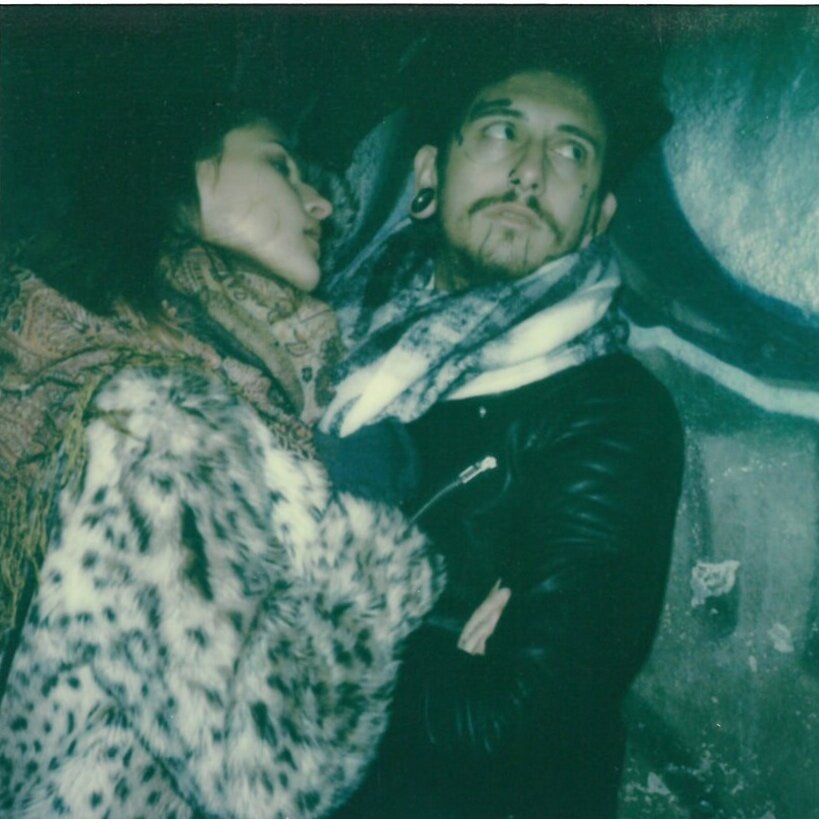 Leonardo Santetti and His Polaroids / Capturing Daily Moments of Others

February 6, 2019
text by Barbora Gedvilaite-Liuke
50% culture
popcorn 50%
Say hello to our new feature - voting poll. We invite you to express your opinion on this piece and let's see if you'll match with the other readers. Slide me! Slide me gooood!
Thanks for the vote! Merci!

I met Leonardo Santetti a few years ago. He came from Italy, Florence to Lithuania for the first time and immediately made a lot of friends. It wasn’t surprising at all because it was impossible not to love him. Maybe it’s his Italian friendliness or the fact that he is from the specialty coffee industry where people tend to be friendly and easy-going. But then I realized that there was so much more about him. He was taught from the early days of his life that other people matter. You can feel it every time you get a chance to talk to Leo. So, it’s not surprising that he managed to use this fundamental trait of his character in his photography. Leo has just opened an exhibition of Polaroids in Florence. Photos are centered on simple daily moments. It’s called Fragments over time suspended/ Frammenti nel tempo sospesi.

Life is so exciting and unpredictable. After finishing Industrial design studies in Florence, Leo decided to carry on learning more about sustainable design. So, five months ago, he came to Lithuania. It was easy for him to choose a location for his Erasmus students’ exchange program because he had many friends here (I told you!). But more than Erasmus, he says, he loves the idea of cultural exchange he is experiencing now.

Despite the temperature in winter, I like it here a lot. There are a few things that I need to have in the city I live in. I need my town to have a river and a historic area. Vilnius has it all, and you can go anywhere on foot. It’s amazing. Also, I love people. Lithuanians are not so cold as I had imagined.

I need to be here now. Maybe it’s hard for the Lithuanians to notice it, but the country is going through a significant period of changes. It’s a young country so you can see distinct differences between the generations and it’s so exciting. Older people were born in the Soviet Union; they speak Russian very well but don’t know English. On the other hand, there is this young generation; these people were born free, and you can feel it very quickly. They are people in the world. They want to do something meaningful for their country; they are proud to be Lithuanians. This is so beautiful. Bigger and older countries somehow have lost this thing. For example, in Italy, you can rarely feel that people are proud to be Italians.

I’ve known you for a while, and it seems to me that traveling and being everywhere but home is who you are. Why is that?

It’s so great to get out of the comfort zone. Traveling is probably the only and best way to expand our mind, break down the imaginary walls between us. I love the quote of Miguel de Unamuno I’ve heard once: “You can fight fascism by studying and racism by traveling”. This is what I believe in. This is who I am.

I would recommend for everyone to go away for some time just to realize what it’s like being that other guy. You are a friend of everyone and no one at the same time. People love to spend time with you but only in their spare time. It’s not a bad thing, it’s just the way it is. I have a lot of foreign friends in Italy, and being here just helps me to understand their situation better. It’s a great experience putting yourself in someone else’s shoes.

Let’s talk about photography. You call you Polaroid shots “fragments over time suspended“. What was the most powerful and overwhelming moment in your life? Imagine it was a Polaroid shot.

It was the summer of 2013. I was a teenager when our family decided to spend a summer with the diocese of Florence in Brazil, in the Favela de Massaranduba, in the city of Salvador de Bahia. The purpose of this trip was giving, but we ended up receiving so much. We spent six weeks there, we were hosted by many different families. Witnessing how challenging and difficult their lives were, became the turning point in our lives. Seeing my mother and father being so close back then was so cute and inspiring. Since then, my family has become even more active in supporting the ones in need. Today they are hosting refugees in Florence and providing them with a different kind of help. So, if that particular period of time was a Polaroid shot, it should definitely have very warm colors. Sometimes you just cannot define the best moments, but you can remember exactly how it feels.

What other people had the biggest impact on you as an artist?

Photography came to my life very early. It was driven by a desire to express my feelings and to show how I see other people and their surroundings. I started with the first camera I was able to find at home. It was my father’s camera. So, my father probably was the first one who somehow had an impact or at least a camera.

Then I started assisting my friend, photographer Aldo Pavia. Following him in various projects helped me to get a better understanding of how photography works.

One thing led to another, and in 2015, I discovered analog photography. I was fascinated by it. So, I started shooting with my father’s old Pentax ME (again – my father). This is how my journey to the world of suspended moments began.

You take photos of other people. What’s the purpose of your Polaroid shots: do you want to make a reflection of an exact moment you have captured or, do you want to create your own moment that didn’t necessarily exist?

When I started taking Polaroid pictures, I started photographing couples on the street, especially older people. Because when I see an older couple, I start wondering, for how many years or decades they haven’t been photographed? Usual situations you see them in are pretty much the same all the time: they are sitting on the bench, the man is holding his pipe or a cigarette, clutched in the grip of a dumb expression and downward, immersed in the daily newspaper. And then I start wondering again, when did the magic end, or maybe it’s normal in older age?

So, I approach them smiling. Break the ice, let them relax, and then I ask them to close their eyes and scroll back in time. I encourage them to think about the first time they have met, when he laid eyes on her, his scent, the light in her eyes. Then I invite them to open their eyes and look at each other. And then I click. This is the Polaroid for me. The moment and the feeling in their eyes are what matters. The feeling becomes the idea of the photo. Therefore, I leave photos of these people. I want to spread happiness. Otherwise, I would just be a sad collector of happy moments of others.

Let’s hear the story you wanted to tell about these two people. You can lie or tell the truth, we will never be able to know how was it in reality. And that’s the magic, isn’t it?

I met this guy, Augusto, right here actually in this coffee place (Backstage Café in Vilnius). He is from Argentina. He introduced me to his girlfriend, and I was amazed by this couple. You can feel this strong and beautiful connection while simply being around them. And I said: “Man, I have to take pictures of both of you and try to tell your love story through them”. We chose their apartment for the photo shoot, which, in my opinion, was filled with warmth and beautiful imperfection.

The series will consist of four parts. Now I have two. Firstly, you can see a couple talking, having a good time together, having a cigarette or two.

I love taking pictures with the Zenit camera too. It’s not the same, but it has something in common: you can’t make any corrections, or sometimes you have to face it that you have failed, and you don’t have a shot you wanted. I realized that I love this kind of photography because it teaches me to accept the situation as it is. What about you – what are the lessons that Polaroid has taught you?

We are used to thinking that we control everything in our lives. Analog photography has this magical power to teach you how not to be in control and accept the moment as it is. It’s challenging for me. I’m still learning.

More than this, in Polaroid photography, you can experience the whole process, from negative to positive in a few minutes. And you can touch and feel the result of your shots after the moment it is caught.

Also, this kind of photography costs quite a lot, so there’s another practical lesson you get to learn. You have to put all the effort and all the attention to the shot you are making because you don’t want to waste the film. But then again, you have to accept the shot as it is. Even if it is a total failure, but here comes another lesson – managing see something beautiful in the failure.

What was your worst shot?

Actually, that shot is included in my exhibition and the book as well. Because failures are a very important part of photography for me. What I was trying to capture here was a stone wall in Florence with very characteristic Romanic windows. Also, there was a plant and a child playing. I don’t know what happened, but as you can see, it was a total fuckup. And the funniest part is that I couldn’t make the right shot afterward because that moment was over. The light had changed; the child was gone. But that’s why I love these failures so much. 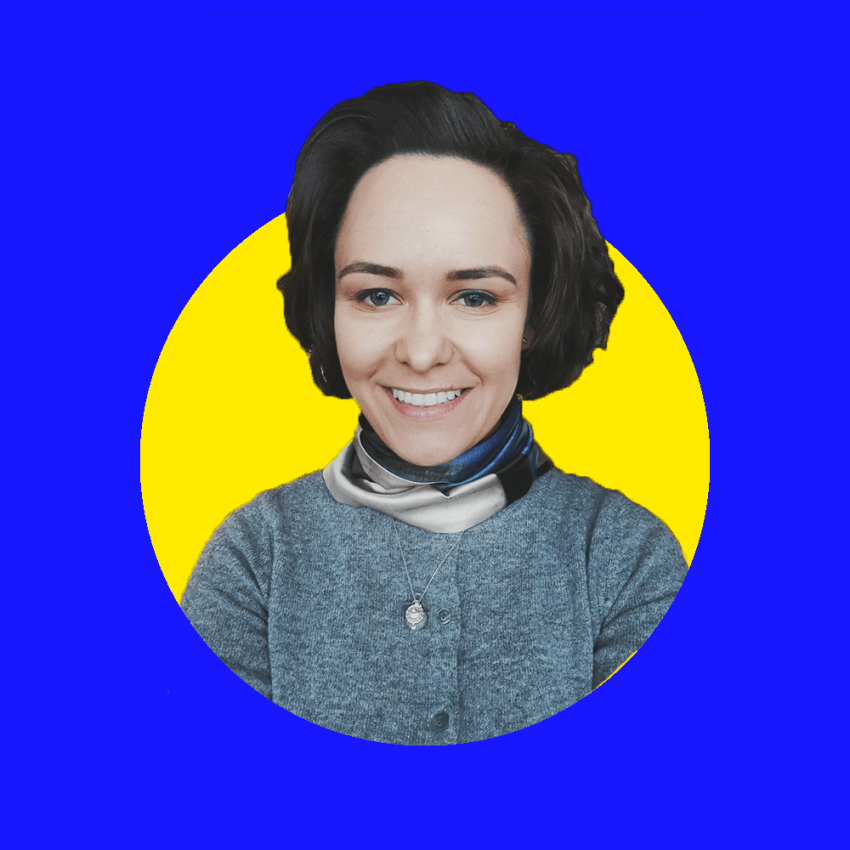 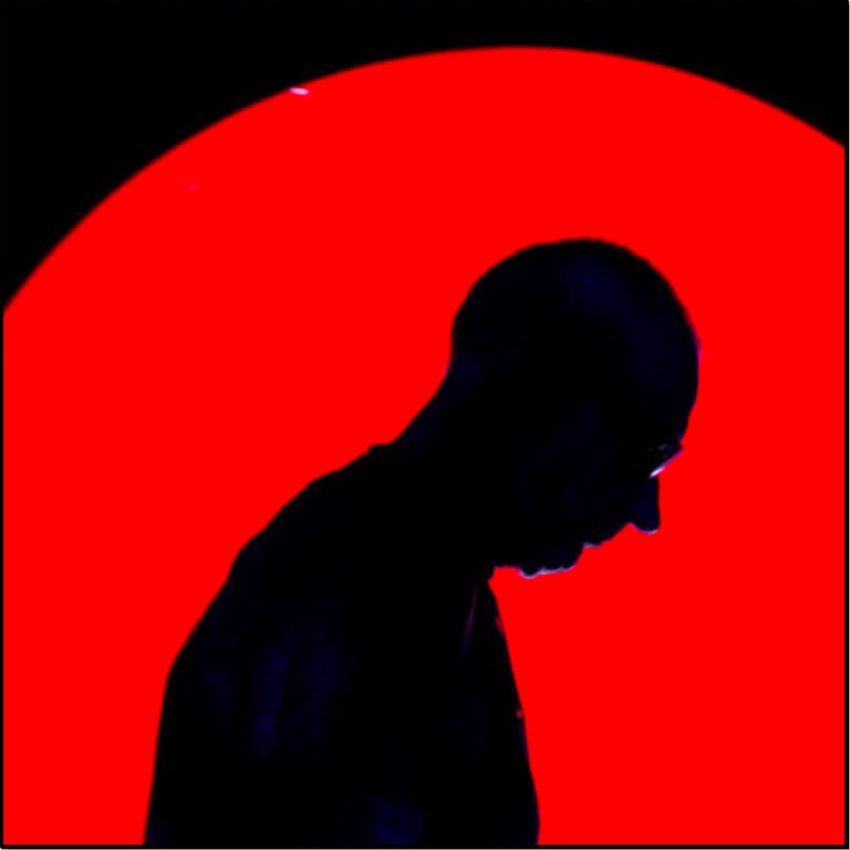 Nanook / The Ability to Truly Hear Each Other is, Indeed, a Victory

Nanook / The Ability to Truly Hear Each Other is, Indeed, a Victory 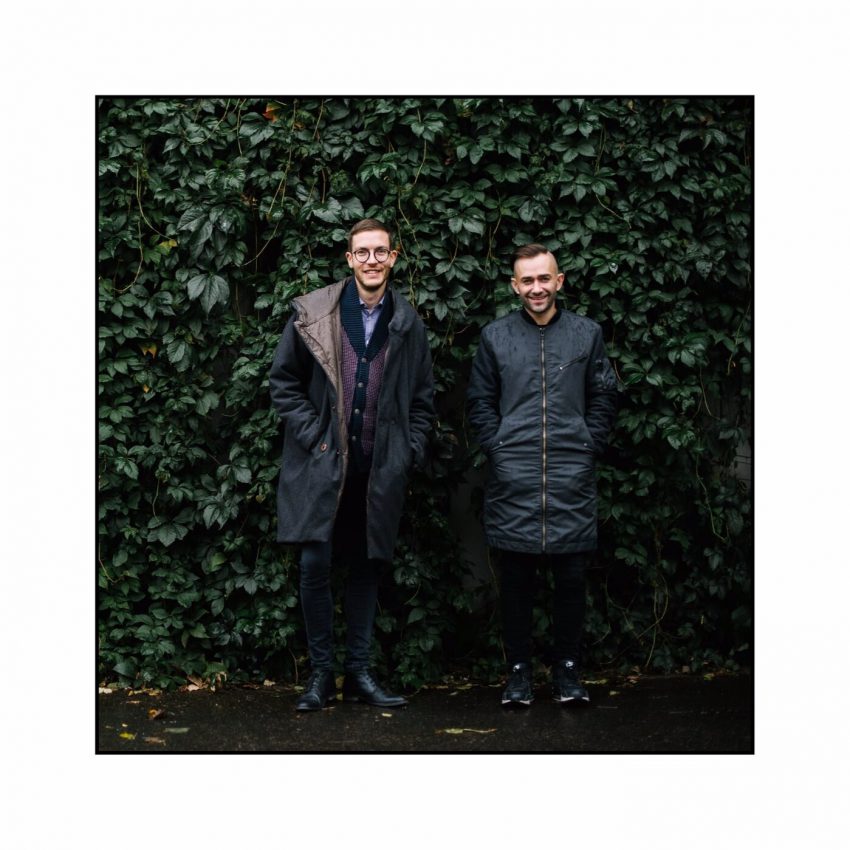 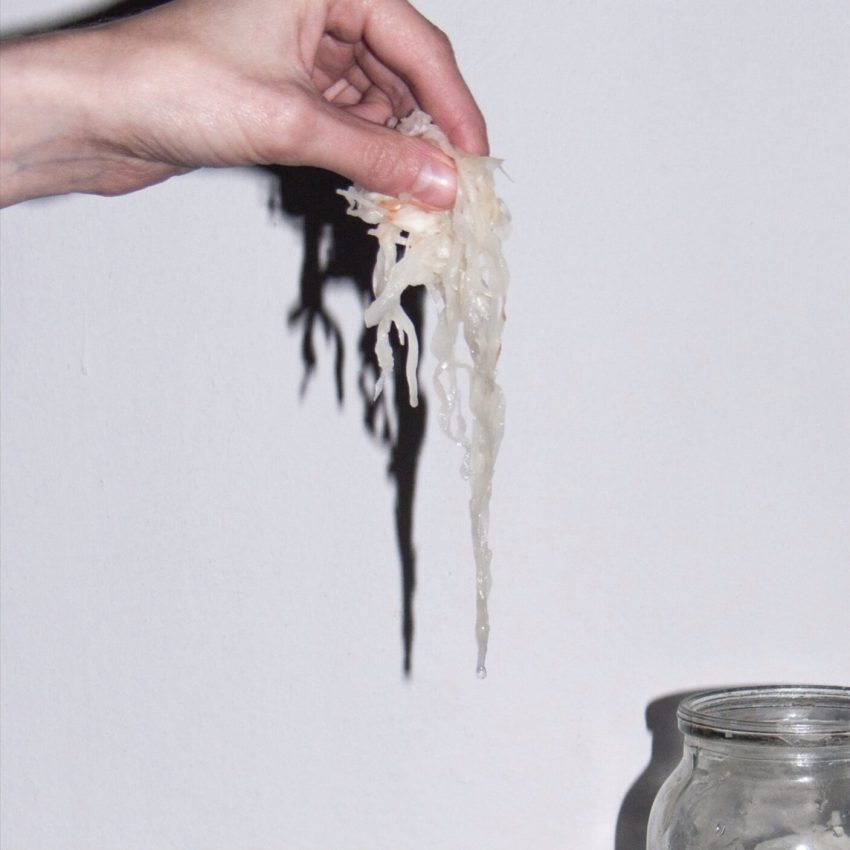 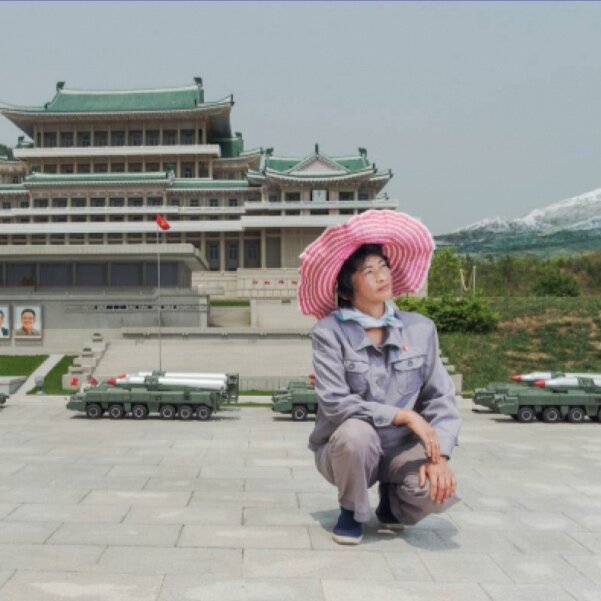