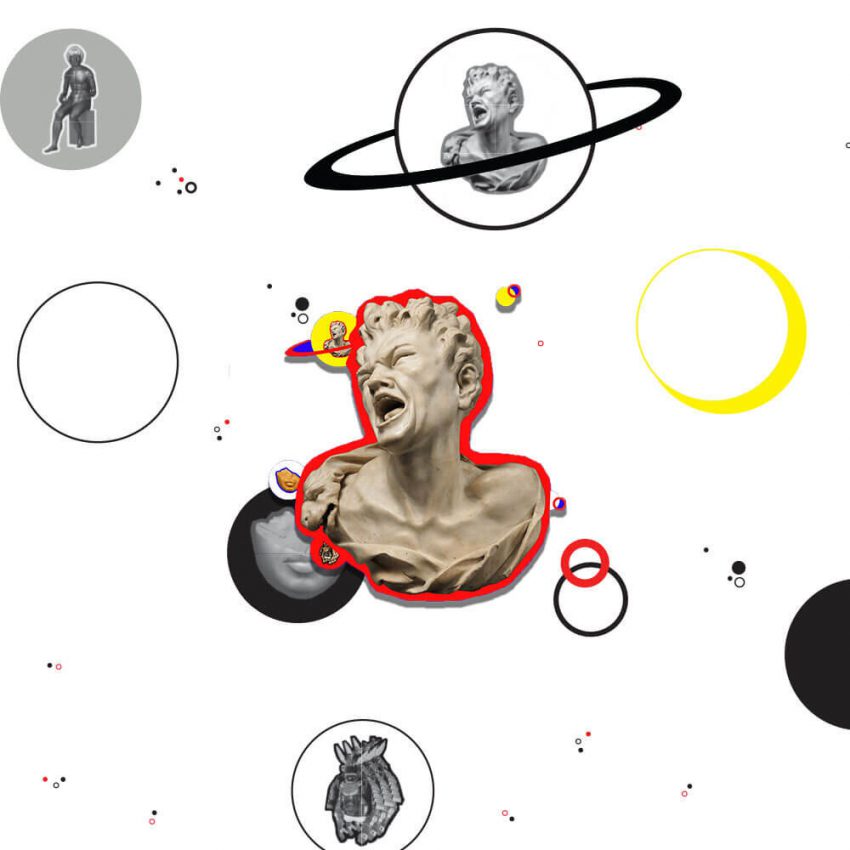 June 26, 2020
text by Vilius Petkauskas
50% off topic
on topic 50%
Say hello to our new feature - voting poll. We invite you to express your opinion on this piece and let's see if you'll match with the other readers. Slide me! Slide me gooood!
Thanks for the vote! Merci!

What if I told you everything you’ve ever experienced could fit on a tiny seed within a bowl of salad? Fear not dear, stranger. Strangely enough, our petty scale somehow makes you and me a lot bigger. As the world is getting madder than usual, follow me to my safe place, the universe. Here’s a little guide for understanding the universe, our place in it, and how it was created.

Some time ago, I heard that a notion of everything being made from stardust is an “overused cliché”. “Well, screw that”, I thought. A true cliché is calling the stardust notion a cliché. What sort of a soulless creature one has to become to frown upon one of the most significant insights of modern thought?”

Are we made from dust?

I argue that there is too much focus on the “star “part of this word and not nearly enough on the “dust “. For the uninitiated: the idea that we are made of stardust comes from an explanation of how our solar system and star systems form.

Fun fact. The notion that we are made from dust, the Nebular Hypothesis, was put forward by Immanuel Kant, one of the greatest philosophers to have ever walked the Earth.

To grossly oversimplify, a massive cloud of gas and dust collapses over millions of years until the center of this cloud starts to fuse. A star is born, and later it dies, leaving a cloud of dust and gas behind. In time, gravity does its magic, and a new star is born. Repeat process.

Fun fact. The notion that we are made from dust, the Nebular Hypothesis, was put forward by Immanuel Kant, one of the greatest philosophers to have ever walked the Earth. A German dude who lived most of his life in one town.

Anywho, fusion is why our sun gives out heat, which in turn allows us to exist. As a side gig, fusion and humungous pressure inside a star create new elements that form when pressure and heat within the stars crush atoms into new elements. Yes, like some sort of alchemy.

And for your gold bling to exist, two stars had to smash together and explode literally.

A star starts with mostly hydrogen and pops out heavier elements as it dies. Now try your best to comprehend that every single atom in a cheap piece of shit we use to stab and eat came to existence within a star. So did oxygen in your lungs or aluminum in your bike. And for your gold bling to exist, two stars had to smash together and explode literally.

The kicker is that the iron in your blood was formed deep inside a flaming inferno of a long-gone star, whereas uranium that makes “nuclear bombs go brrr “was created in not one but likely a few different supernova explosions.

However, your blood and uranium exist on the same planet meaning the dust cloud that our solar system formed from had those elements there already. So, cool cliché, bro/sis. Cliché.

Why we’re called the solar system

Many stars were born and have died for you and me to exist. Not literally, of course, since starts are not sentient. They couldn’t give a flying fuck about us. And if they could, why would they? Allow me to explain why they most certainly would not.

Usually, people focus on distances between objects in the universe to show how vast it is. But that is kind of pointless if you ask me. I can barely wrap my head around a thousand kilometers, so what do I know about a light-year? A literal year it takes light to travel.

Now, take a wild guess here – how much mass would you say the sun accounts for in our solar system? 40 percent? 80? After all, there are 8 planets, hundreds of moons and shitload of dwarf planets, asteroids, comets, and other space rocks carelessly flying around.

As it turns out, there is a good reason that our solar system is called “solar” and not, for example, “Earthar”. Sun makes up *drumroll* 99,86 percent of the mass in our whole solar system. Everything else is a mere 0,14 percent. Every other thing existing around this star does not account for even a single percent of the total mass.

As it turns out, there is a good reason that our solar system is called “solar” and not, for example, “Earthar”. Sun makes up *drumroll* 99,86 percent of the mass in our whole solar system. Everything else is a mere 0,14 percent.

The majority of that pitiful amount is Jupiter, which is 2,5 times as heavy as all other planets combined. Everything else, every single rock, cat, or a Martian mountain in this vast solar system is a fraction of fraction. All of us are.

Imagine a big ass serving of Caesar Salad. Like 400 grams (14 Oz for middle ages dwellers). Now, if we were to compress mass of our solar system to represent the salad, our home planet Earth, would be a third of a mass of a single sesame seed.

And that’s a planet. People would hardly qualify as dust particles in this comparison. Every single person who has ever existed spent his or her entire life on a third-of-a-sesame-seed. Yes, also Alexander the Great, Marie Curie, and you. All wars, plagues, famines, and Instagram influencers happened on a third of a small seed in a salad bowl.

The best science that we have shown that there are 200 million salad bowls in our galaxy. It would be enough to cover Monaco with salad bowls 3,5 times. And there are 100-200 billion galaxies. Which means there are enough salad bowls to cover the surface area of 2.100 Earth-sized planets.

It’s an understatement to say that we are a really small part of the cosmos. What does your joy or sorrow mean within a context of things? Are you somehow more special than a black hole? I don’t know. What is significant, however, is who much we do understand about our salad-verse.

Christopher Nolan knew it all along

Last year astronomers rejoiced as a picture of a black hole was taken for the first time. It’s not easy to do. Why? Well, it’s in the name. It’s black. As in – it does not emit light. Capturing its image is the same as trying to take a photo in a pitch-black room.

Also, if the object you are trying to photograph was 55 million light-years away at the center of a distant galaxy. Difficult? Yes. Impossible? No. To accomplish what has never been done before, to catch a faint shadow of matter falling inside a black hole, astronomers had to be inventive.

And an ingenious bunch they are. A thing called the Event Horizon Telescope was created. Which, in fact, is a ton of small radio telescopes working in tandem all over the globe. Many small dishes can cover a larger area, and if they are synced right, focus on a single pinpoint, the sky can be kept day and night without losing a single drop of precious light.

Equally important is that the makers of Interstellar, a 2014 movie, were spot-on on how that monstrosity looks.

Telescopes from South pole to Spain were used, meaning astronomers managed to create a virtual dish that is almost as wide as the Earth, in essence making our third-of-a-sesame-seed into a telescope.

We, dust farts, managed to turn our planet into a God damn looking glass to see an object incapable of emitting light. So far away, when Antarctica was still lush with tropical green, the light they did record was emitted back.

The photo taken is the first physical proof of another dude born in Germany, Albert Einstein, was right and gravity is capable of creating black holes. Equally important is that the makers of Interstellar, a 2014 movie, were spot-on on how that monstrosity looks.

Given our irrelevance, it takes an active effort not to be impressed by the human ability to understand and explore the universe. Now, imagine for a second that you were a God. A salad-God, Chopt-Almighty, who created trillions of bowls of salad for some reason.

Now, what if in one of those bowls that there was a really strange small speck with some sort of sentient dust-people on it? What would impress you the most about them? Their existence? Ability to love or hate each other? Their thirst for conquest or maybe their constant nagging about every single thing you have created?

Or maybe their knowledge? A tiny speck of flesh and blood comprehending the vastness of its surroundings, able to recognize that there are trillions of other stars around, capable not only to see them but also to understand what they are made of, turning whole planets into giant eyes, peering through time and laws of physics.

On some level, it must feel like you could discuss politics with a bacterium on your hand.

All those massive galaxies, black holes more significant than our solar system, all the stars, planets, rocks, and gas, fit within our brain. We, sentient dust, can imagine a world so big, numbers fail to describe it accurately.

So, worry not about the grandeur of your trials and tribulations, instead cherish the insignificance of your whole existence. 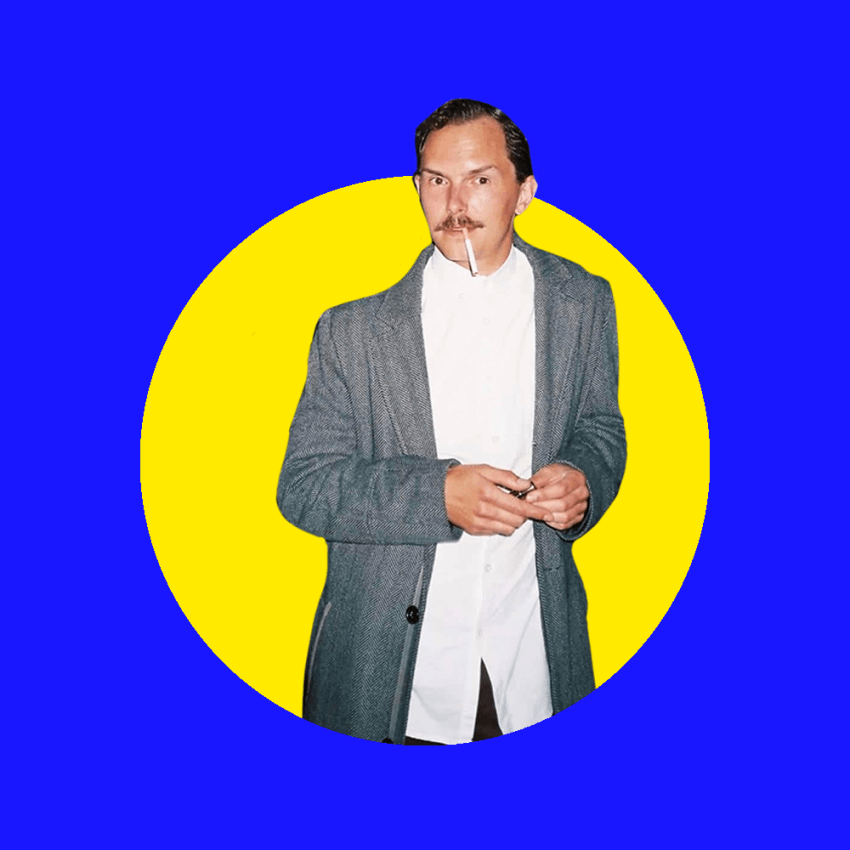 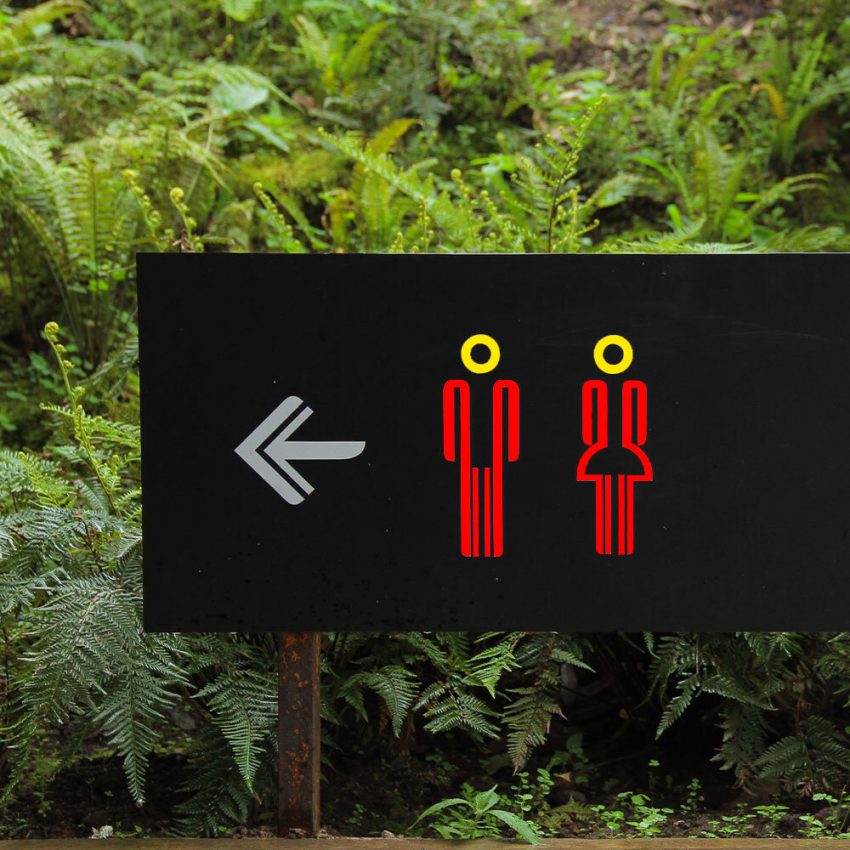 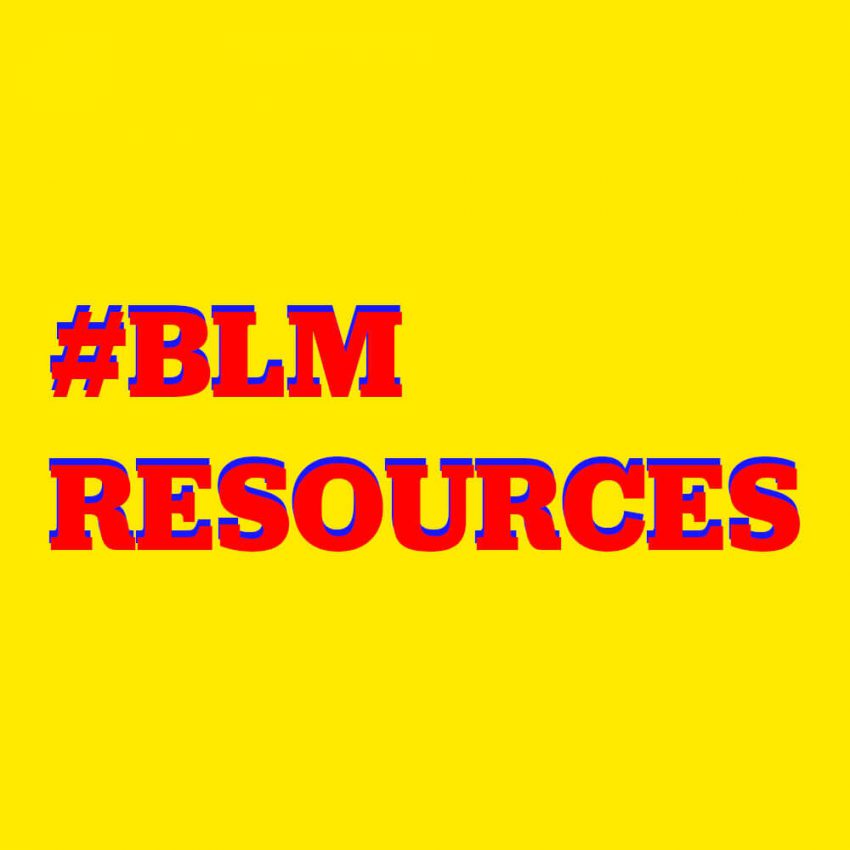 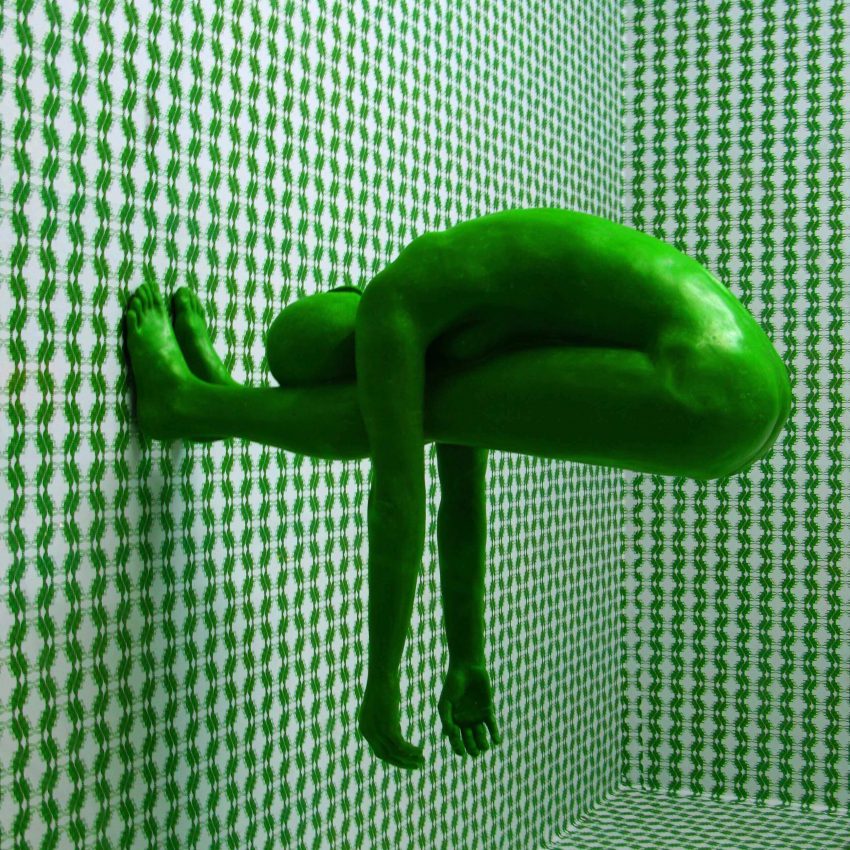 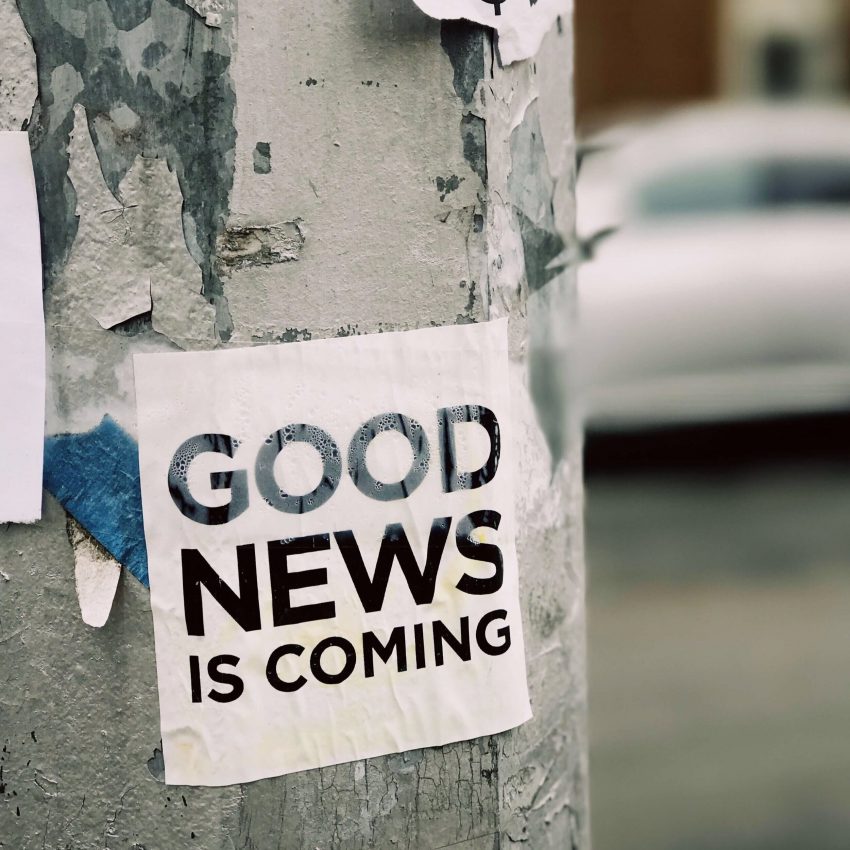