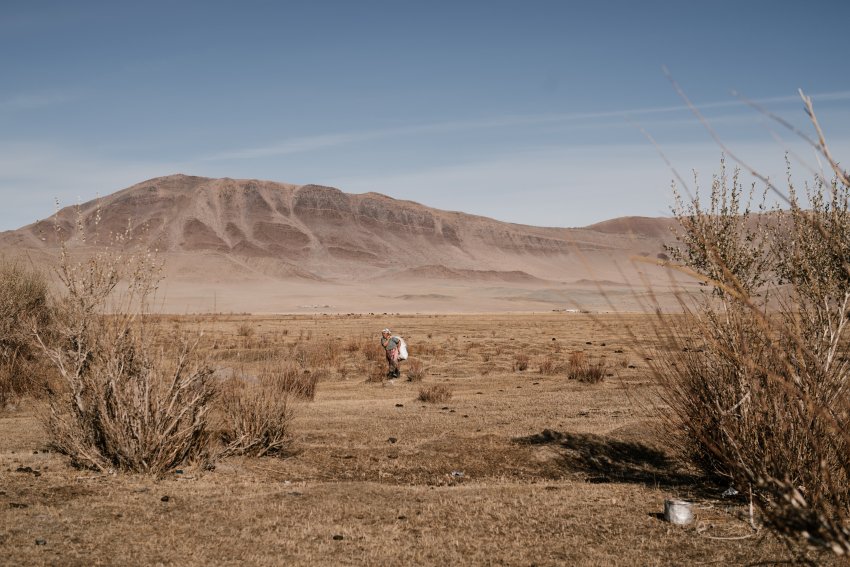 December 6, 2020
text by Bernard Meyer
26% off topic
on topic 74%
Say hello to our new feature - voting poll. We invite you to express your opinion on this piece and let's see if you'll match with the other readers. Slide me! Slide me gooood!
Thanks for the vote! Merci!

I began my nomadic life, as so many others, in an attempt to run away from what was then a personal crisis.

Even though the personal crisis was about the people in my life, it was connected to the city that I was in at the time – Miami. It’s easier to hate a city than it is to hate a person or to be angry at one over the other. And so the city of Miami had to take from those people my anger, my frustration, my fatigue, and confusion.

But because the crisis was so large and so far-reaching, I couldn’t simply move to another American city. I chose instead to move somewhere distinctly opposite, in terms of language, of culture, of climate, even of time zones, a city and a country so far removed from anything I’d ever experienced that I had to bury all the negative remnants of my personal crisis under more immediate things: adventure, experience, education, survival, and solitude.

In short, my nomadic life began in 2009 when I left Miami and travelled all the way to Ulaanbataar, the capital city of Mongolia.

Mongolia is, most importantly, a dry country

It is completely landlocked and there’s very little rain. The freezing temperatures come early – by September it will be snowing, and that cold spell could last all the way until May. In the dead of winter, temperatures go as low as -35C (-31F), and when you add in the high winds, it’ll feel more like -40, which is incidentally the same in both Celsius and Fahrenheit. Therefore, Ulaanbaatar is known as the coldest capital city in the world.

Even then, and perhaps I should say – because of that dry climate – Mongolia is one of the sunniest places on Earth. It has more than 250 cloudless days each year and the long horizons of the countryside steppes, resplendent in this sunlight, can give you a true sense of peacefulness and space.

That last one was particularly important to me: space. Even in a country that’s more than twice the size of Texas, or nearly six and a half times bigger than the UK, fewer than three million people live there. The Mongolian countryside has a wide and arid landscape, with vast, distant mountains always peeking out at you from the horizon.

When you come from a megalopolis like Miami, your only reference for space is when, for example, you are in a room or an apartment by yourself. But there’s always your mother in the living room, or your neighbors next door, cars in the streets, buses full of people, tourists on packed beaches angling their phones to give a sense of space to their selfies.

Coming from that limited city space, the space in the Mongolian countryside is literally and figuratively a breath of fresh air. To me it felt that way at least.

I felt that I could walk in any direction for hours, without hitting any walls or traffic lights or people. I was tempted, too, but being a city boy it probably would have been equal parts hilarious, stupid and dangerous. In any case, it was all too much for me the first few times: there was a real sense of relief when my friends or colleagues would drive me back into the confines of the city where I knew, no matter where I was, I could take a taxi to my small, safe apartment.

The thing is, when you have a lot of space, you also have a lot of quiet, and though your mind wanders in many directions, it inevitably returns to the noises in your head you’d hoped to escape in the first place.

He was 40 or 45, doing some sort of geological work, and he’d traveled around the world for much of his adult life. This was essentially what I saw myself doing, going from county to country for a decade or so before settling down. He had these amazing, funny stories, wide knowledge, a calm demeanor, and true kindness, which all seemed to be connected to how well-traveled he was.

But later when I really thought of him, I realized that he was also alone. Around the edges of his stories, in between his drinks, he had this subtle but deep-set regret, that sort of Jimmy Buffet “Margaritaville” despair of young men who’d stayed on the beach island too long and had become old.

It seemed that all of his stories were already well-told, all his lessons already learnt. The people that he met were shadows of others that he’d met before, performers in a play that he’d already seen. I guess it’s a condition of traveling extensively that you start seeing the almost intrinsic similarities in the people and places. This realization is largely positive, since it means that everyone you meet anywhere in the world is equally human and equally worthy of respect.

But these similarities also mean that each moment and each person is less significant because they are now also less unique. The moment becomes swappable: if you don’t learn the cultural peculiarities of the place, or the history, if you don’t go to that one monument, or you don’t kiss the girl, or you don’t text your friend, or you don’t learn the language, you know you’ll have the chance again because it is all repeating, all the time. The moment will present itself again, regardless, in this city, or another city, or another country in another language in another year.

And so all those things that you learn about a place, that you repeat to your hometown friends or family, become shallow facts, mouth words, surface sentimentality. They’re like weeds that grow very tall in short summers, but have shallow roots. These experiences can’t go any deeper because they have offered you no real significance.

In any case, this Kiwi was the man who saved me perhaps ten wasted years of my life.

In three of those continents, I’ve spent ten years each, and the other continent was Asia, where I lasted less than three years.

Throughout these years, I’ve come to see that there are various completions in your life. These aren’t completions in the sense that you are now finished, but more completions in that “if I received no more of this, I would be happy with what I have right now.” They are all relative completions – adventure, culture, survival, education, love, challenges – and I believe that any successful nomadic lifestyle depends on how well positioned you are to receive them.

When I first came to Mongolia, I could receive nothing and could hold nothing for a long time inside myself. I think I was too focused on my past personal crisis and was not able to be content with anything that I experienced in that country in my first few months. It changed as I met friends and I went from constantly looking backwards, to actually enjoying where I was and who I was with. This is the most important part of being a nomad then, and no amount of traveling will contribute anything if you don’t have the emotional capability to hold new lessons and let them add on to your life. Each experience can then complete you, and change you, in unique ways.

If I were a better writer, I’d say that Mongolia was a metaphor for the healing of that personal crisis. I came in the autumn and there was adventure – but the adventure and new things didn’t mean much. By the time winter came, I realized there was a gaping emptiness and I experienced possibly the darkest period of my life. In January I ran away to Siberia, normally a punishment for Soviet-occupied countries, but I instead discovered peace on the frozen Baikal. In spring I was happy, in summer mature, and by the time autumn came I felt whole again, ready to experience new things.

My teaching contract in Mongolia finished in September 2010, and I came for a short while to visit my brother in Vilnius, the capital city of Lithuania. I had a one-year teaching contract in Taiwan starting in February 2011, and although I only stayed in Vilnius for five months, by the time I landed in Taipei my nomadic lifestyle had been completely ruined.

You see, I met a woman in Lithuania and the completion from that short encounter was so impressive and so disproportionate that no amount of travel would ever supplant it. At the beginning of my time in Taiwan, I had stopped being a nomad, or even a traveler: really, I was just waiting for my sentence to end, and no amount of cute Taiwanese kindergarten kids or amazing colleagues could change my mind.

I went back and married that woman, and I’ve never looked back.

It’s not the end to challenges, experiences, or even survival. The only thing that really ends, for better or for worse, is the solitude. Solitude and space are opposite sides of the same coin, and in gaining one you gain the other, and in losing the one you lose the other.

There is nothing in this physical world that is comparable to these experiences. There are no new cities or food, no sunsets over mountains whose names I can’t pronounce, no scraggly coastlines, no dramatic cliffs engulfed in fog, no sleeping on luggages in airports and train stations, no days-long train rides, no unplanned weeks or months, no unknown doors or sea caves, not a single thing that could compare.

I now live a standard suburban lifestyle. I come home in the evening from a standard job, and I walk past a row of standard houses. I open my door, which is also standard, but everything else inside is completely and utterly unique: my wife greets me with a kiss, my two daughters scream, they run up to me and they hug my legs, both talking over each other to tell me about the new thing they did or saw. When they leave, my dog jumps on me and licks my face.

You see, you can’t be a nomad with a home. A home is not a place, it’s the people who bring meaning to your life, who complete you. The end of my nomadic lifestyle was really the beginning of my life and the beginning of my real adventure, which was always meant to happen on the inside.

Bernard Meyer is a tech journalist at CyberNews. Born in Cape Town, raised in Miami and currently living in Vilnius, Bernard enjoys travel, food, 90s rap and Mario Kart. He is passionate about African and African American issues around the world, as well as the effects of capitalism on marginalized groups. He can also bust a move when necessary. 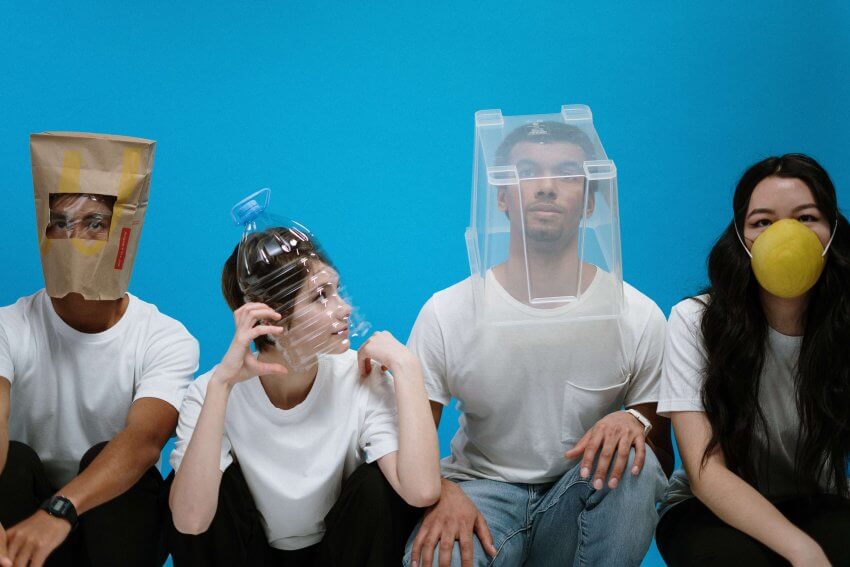 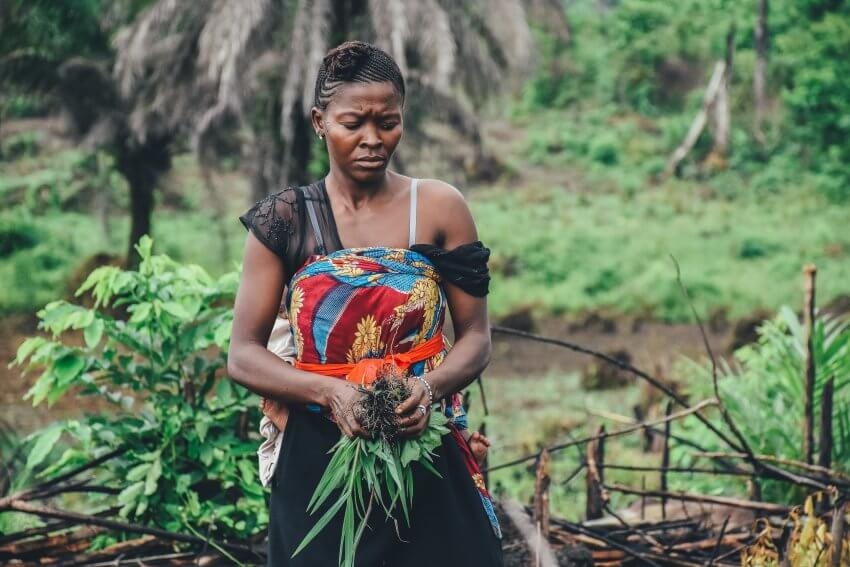 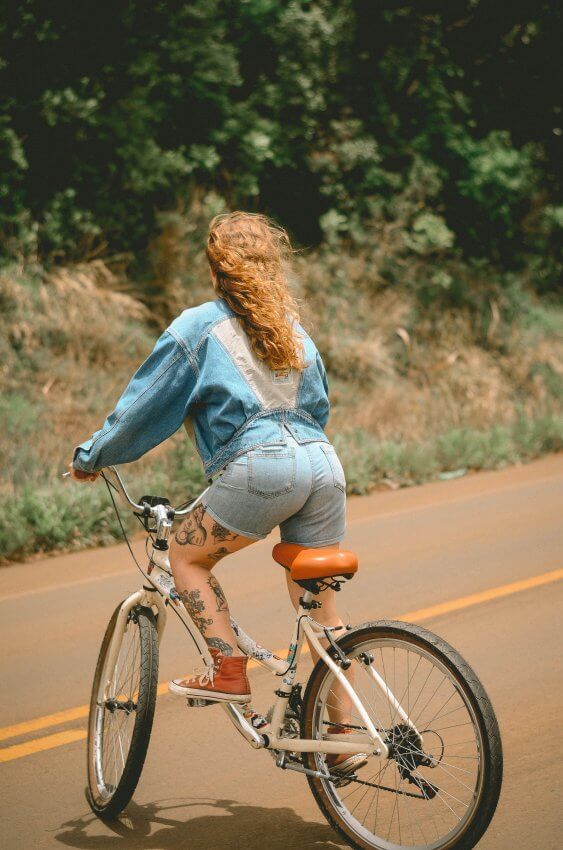 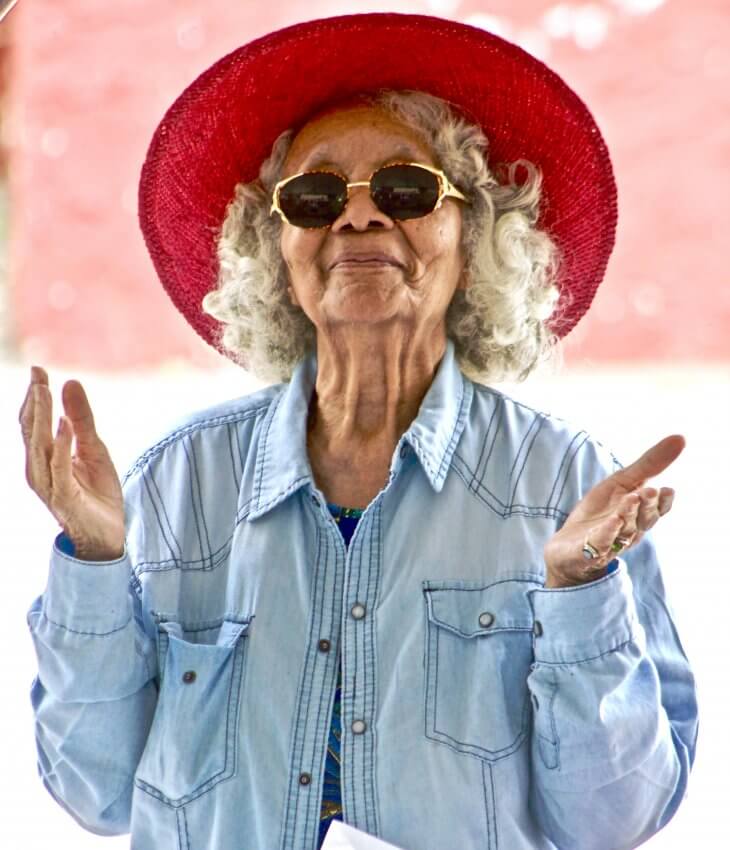